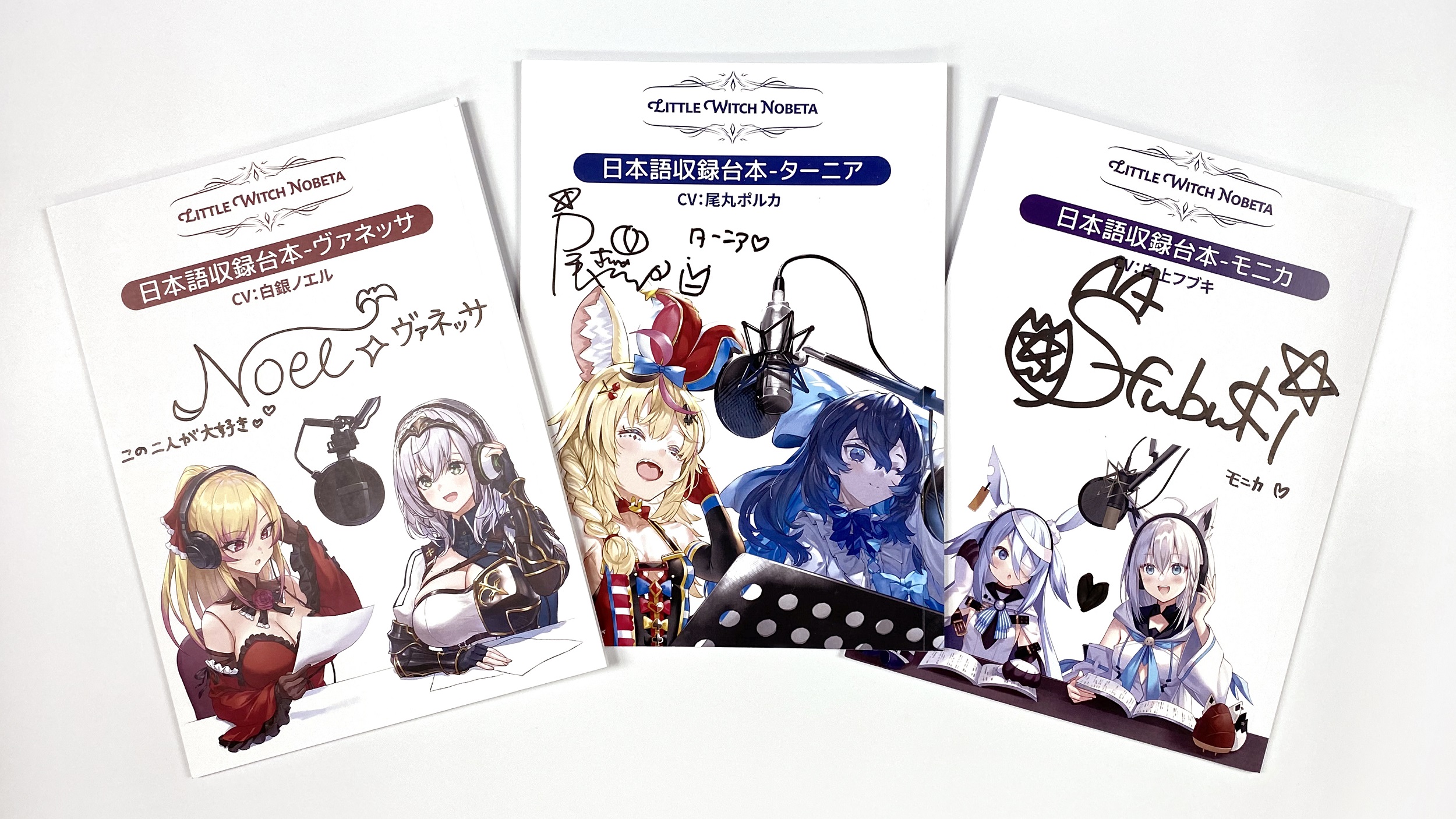 《Little Witch Nobeta》is a 3D action adventure game which has reached over 200,000 global audiences. Player will play as the little witch and venture deep into the ancient castle to unveil the mystery of her past. The currently released version contains approximately 30 percent of content of what’s expected in the full game. The full released is expected to be released by 2022.

After defeating countless dolls and wandering through the underground relic, a doll with blonde hair dressed in scarlet appears in the hall of throne awaiting your arrival. Arrogant yet elegant, her key-shaped sword is capable of summoning infinite spears. Just like you, she claims to be a seeker of the throne. What’s the hidden secret of the throne? What’s the power it possesses?

The collaboration was proposed by the development team to COVER Corp. since September 2020. By June 2021, the voice recording was finalised. The three Vtubers will perform in a different setting from their usual streaming voice to bring the global audience an unique audio experience.